A platform to discuss, debate and share ideas on learning, teaching and quizzing!

The Greek philosopher and mystic – Pythagoras popularized the idea that hereditary information (“likeness”) was carried by male semen. This information was transmitted into the female’s body during intercourse and once inside the womb, it matured into a foetus. The only role of the mother was to provide nourishment to the growing foetus. ‘The Gene- an intimate history’ by Dr Siddhartha Mukherjee comes a long way in setting the record straight about the concept of genes and its nature. To students of science, it is like a trip down memory lane, coming face to face with the scientists and researchers that have sat inanimate inside textbooks.

This book on the history of genes is engrossing to the layman and scientist alike. The way the writer introduces the protagonist- the gene- to the reader is interesting. By broaching upon the streak of mental illness that runs in the paternal side of his family, he urges the reader to contemplate on the genes that are the blueprint all living beings, orchestrating many of our own behaviour and illnesses. The book being arranged chronologically, and thematically makes it easy to go back to excerpts that one will find fascinating to re-read.

The genius of Mendel

Through Dr Mukherjee’s eyes, we glimpse into the monastery life of Gregor Johann Mendel in Brno, credited to be the founder of the modern science of genetics. Anyone would be surprised to know that when Mendel applied to become a high school teacher attending to Math, Natural Sciences and Greek, he failed the exam in the field of Natural Sciences, not once but twice! In order to improve his grasp over the subject, he applied to the University of Vienna, to pursue a degree in natural sciences, and that was the turning point in his life. Unfortunately, Gregor Mendel’s work went unnoticed by the scientific community for close to 150 years, and he died a sad man until the laws on hereditary was finally brought out to the world, by the likes of Carl Correns, Erich von Tschemark and Hugo DeVries, strangely, thrice the very same year in 1900!

The other luminary in the field of biology in the early 19th century was Charles Darwin, born into a family of physicians and grew up to study theology as well as natural history in England. When he boarded the ship HMS Beagle at the tender age of twenty-two, he was already flipping through the works of John Henslow, Charles Lyell, William Paley and Pierre-Simon Laplace, which laid the foundation for him to think ‘out of the box’ when he encountered diversity of the magnitude that manifested in the volcanic island of Galapagos, off the coast of South America. The genius of the man was his ability to unearth hidden pattern among life forms, which he did with much clarity. When Darwin brooded over the outlines of his theory, Alfred Russel Wallace published a paper in the Annals of Natural History which skirted close to Darwin’s unpublished theory. It unsettled Darwin and he invited Wallace to publish together, the ideas that the two had independently arrived at. Dr Mukherjee also rues over the fact that even though contemporaries, ‘the’ Mendel never gets to meet ‘the’ Darwin, their works never overlapping.

Eugenics and its perils

Once genetics and hereditary studies gained a foothold worldwide, the perennial tug of war between the influence of nature Vs nurture in determining the character of man went on to spur many-a discussions in England and Europe in the late nineteenth and early twentieth centuries. It culminated in the concept of Eugenics, popularised by Darwin’s cousin Francis Galton. The aim of the Eugenicists was to improve the genetic composition of the human race by eliminating the ‘weak’ from the population. The author laments about how the idea of Eugenics resulted in the loss of lives of many people whom society labelled ‘idiots, morons and imbeciles’.

T H Morgan and his flies 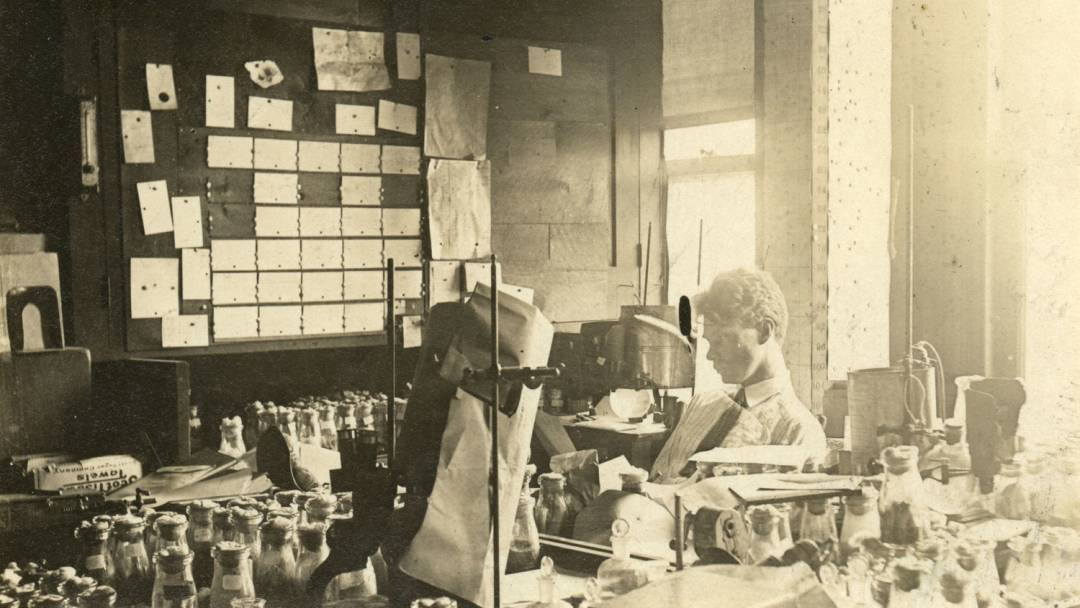 The twentieth century in the history of genes, was marked by the pursuit to decipher the mechanism of inheritance, which was captured well by the author of the ‘Emperor of all maladies’. The man who led from the forefront was Thomas Hunt Morgan, a cell biologist from New York, most acclaimed for his fly lab where he nurtured zillions of fly generations for several experiments. Many of his students also carved a niche for themselves in the study of genetics. The narrative is strewn with names of many biologists that will ring a bell in the minds of all student of life science. It is pleasant to note that Dr Mukherjee even remembers to keep the book lively with wry humour like how once TH Morgan comes back from a lecture and apologizes to one of his students for yawning saying that he has returned from one of his own lectures!

Chemistry behind the gene

The period from the 1930s to 1950s was marked by the search to find the chemical nature of the gene. In 1928 Frederick Griffith and in 1944 Avery and his assistants Mc Leod and Mc Carty proved without doubt that the gene was chemically made of DNA-Deoxy Ribo Nucleic Acid. Further down the line, Dr Mukherjee also lets us peek into one of the most infamous rivalries in biological history between Maurice Wilkins and Rosalind Franklin, which was a blessing in disguise for James Watson and Francis Crick to crack the chemical nature of the genetic code. In 1953 when the double-stranded structure of DNA was unveiled to the public, Watson and Crick’s names were catapulted into the limelight. It was hard for scientists to digest that a simple molecule like DNA-made up of sugar, phosphate and a nitrogen base could carry hereditary information for generations and self-replicate itself so perfectly.

The rise of Biotechnology

The succeeding years were marked by the search for the messenger that carried information coded in DNA, a molecule called the RNA (a cousin of DNA) the Ribonucleic Acid. It was a time when chemists and physicists were actively involved in biological research and it seemed like there were no borders in the field of Science. Sequencing and cloning of genes became the new music playing among geneticists in the period from 1970-2001. Biotechnology took its birth at this time. With the filing of patents by different labs across the globe for procedures, lawyers, journalists and the public also started taking notice of the developments in genetics. The mass production of Insulin and ‘Factor VIII’ (a protein involved in blood clotting) would be a life-saver for diabetes and haemophilia patients worldwide.

There is ample succour in all the chapters to keep us hooked on because of the verve in the lines. In all its plots and subplots, the narration never slackens or races, but unfolds itself quite adeptly, thanks to the supreme writing skills of the author. If the terminology gets a little unintelligible for the reader toward the later parts, it would be because of lack of knowledge of jargon used in biological science. In the end, a sense of awe engulfs us when we think of the amount of hard work that goes into doing research in the field of natural science. We will marvel at the grandiosity and intricacy of chemical reactions going on inside the many cells that make us- Us.

It is the genes that make us humans, different from our pet dog or the tree outside. Yet the same genes ensure that I have a greater risk to develop Type II Diabetes, whereas my best friend does not. It is the past intersecting the present. It is like the blueprint of our existence. It is hidden deep within our cells and yet manifests itself in myriad of ways. It is a wonder how the author managed to capture the history of genes in just 500 pages, without omitting the key events and happenings. The term ‘pangenes’, which would be shortened to ‘genes’, proposed by Wilhelm Johannsen would go on to become one of the most powerful terms in the history of mankind.

If you can’t read the entire book for some reason whatsoever, at least make it a point to turn to the chapter titled ‘the book of man (in twenty-three volumes)’ and read the twenty-two bullets that constitute it. It is just ethereal!

You can also read this article from here: https://malabarnhs.in/trogon.html 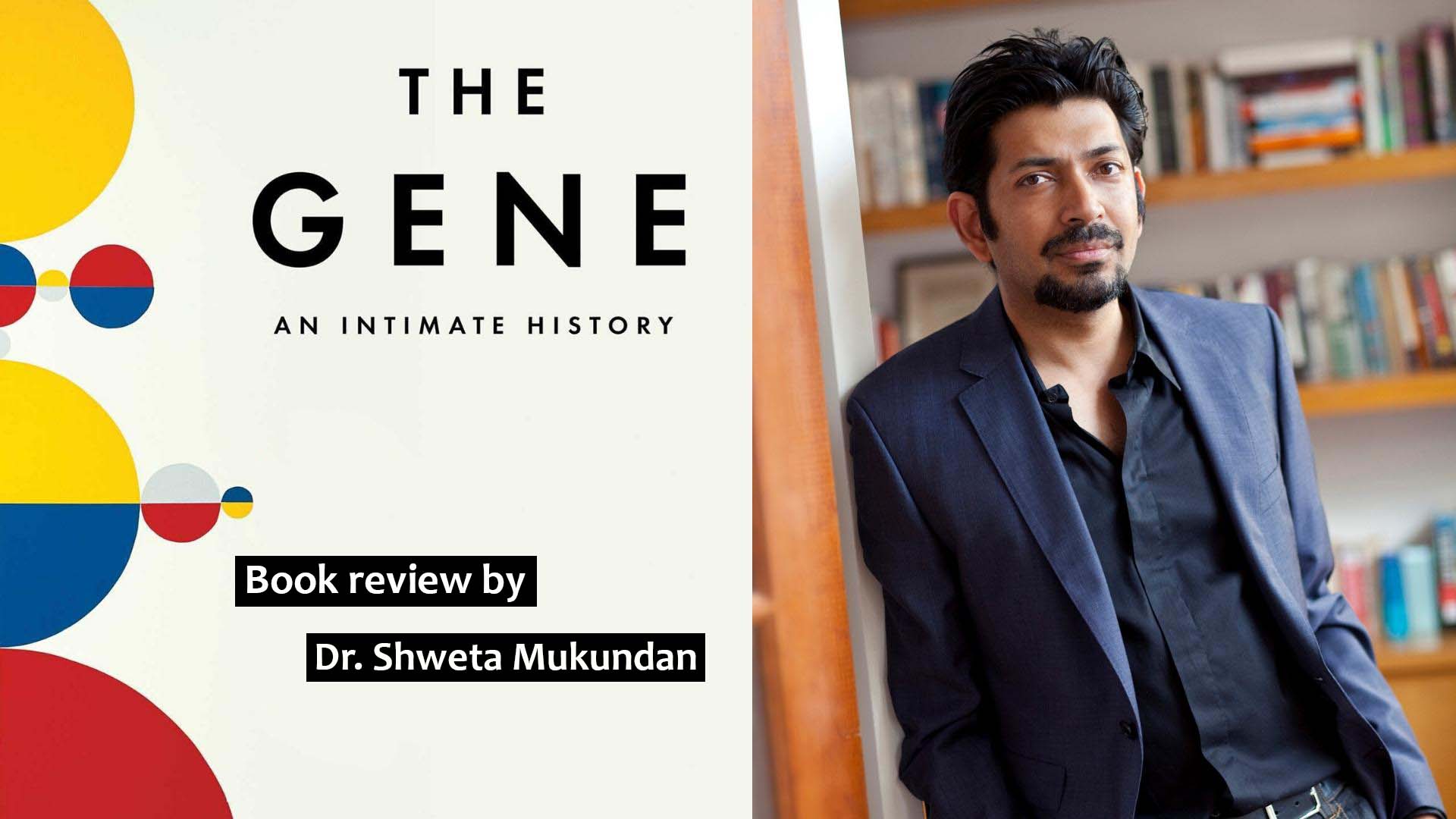